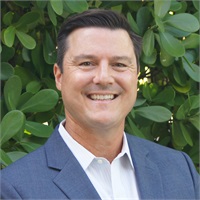 Michael is co-founder of Shutowick Wealth Management.  He has worked extensively in the field of financial management since 1994.

Michael earned his B.A. in Economics from the College of the Holy Cross in Worcester, Massachusetts. He attained the Certified Financial Planner designation after completing a rigorous course of studies including insurance, estate planning, taxation, retirement planning, and investment planning. He holds his securities registrations 7 & 63 with Summit Brokerage Services, Inc., as well as life, health and annuity licenses.

In addition to being an active member of the Broward County chapter of the Financial Planning Association, Michael has also served as an adjunct professor at Barry University, where he has instructed other professionals in preparation for the CFP certification exam.

When not in the office, Michael devotes a significant amount of his personal time to community activities. He has served as President of the Parkland Flag Football League and is a founding member of the Parkland Recreational Lacrosse League. He has coached teams in both sports, as well.  Michael continues to play lacrosse with the Parkland Buzzards men's team.

Michael and his wife Melissa live in Parkland with their son, Ryan, and their daughter, Lindsay.